Meet Kelly Hartog, Founding Editor of Scribblers on the Roof

I am thrilled to present the first installment of our promised interview with Kelly Hartog, founding editor of Scribblers on the Roof, an exciting new online forum for Jewish fiction and poetry.

Kelly Hartog was born in England, raised in Australia, moved to Israel and now lives in Los Angeles. She is the (self-described) quintessential wandering Jew. She has worked as a writer, editor and reporter for over 15 years and has freelanced for a variety of publications.

Erika Dreifus (ED): Why have you established Scribblers on the Roof, and why at this time?

Kelly Hartog (KH): I was going through a bunch of stories I had written and was sending them out to literary magazines, contests, etc. and discovered that I had several stories that were so intrinsically “Jewish” including ones with specific Hebrew terms, I realized they could not be published in anything but a Jewish publication. When I started looking for places to send them I realized that while there are some great places out there to submit your material that had fiction or poetry sections, there were none that were devoted exclusively to fiction and poetry with Jewish themes. And nowhere that allowed beginning writers to have a chance to showcase their work. So I thought, "If the mountain won’t come to Mohammed…." Although I guess in this case it was more "If the mountain won’t come to Moses…"

As to why now? The reason I was writing so many stories again is because I had lost a great deal of steady journalism and editing work over the last few months because of the recession. I took that extra time I had while looking for additional work and focused again on my love of fiction. It’s difficult to juggle journalism and fiction. Sometimes you’re so drained from writing for work all day you don’t want to tap into your creative brain come nighttime. But now I had the time. And that’s when I stumbled across these old stories with Jewish themes and how I came up with the idea for Scribblers. I had time to build the site, and learned some valuable skills creating this by myself from scratch. A steep learning curve indeed, but I’m now a better techie than when I started out!

Intrigued? Please return to My Machberet throughout the week to hear more from Kelly Hartog about Scribbers on the Roof, including what Kelly hopes readers will gain from the site, her future plans for Scribblers on the Roof, her very interesting writing background, and her own favorite reads!
Share |
Posted by Erika D. at 10/05/2009 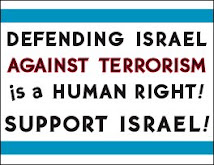 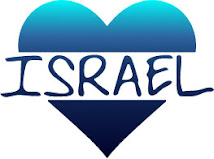